As soon as my feet hit the ground in Mexico, I have a panic attack. Curled up on top of my suitcase in the bathroom of the baggage claim, gasping for air, it takes me a long time to realize the urgent female voices I hear are talking to me.

When I was 12, my friend went to England. I have wanted to go to London terribly, my whole life. The day she traveled, I stayed up until 3AM so she could call me from Heathrow just so I could hear the air over there. She held up the phone for me so I could hear the sounds of the airport. I was too excited to go back to sleep after.

I still haven’t gone to London.

I’ve google searched my way to a beautiful restaurant in downtown Calgary. I am by myself. They sit me at the bar, between two couples that have their backs turned to me and keep elbowing me unknowingly. I am served the best pasta I’ve ever had. I tell the bartender who is serving me that it’s fantastic. He can’t hear me over the sound of the martini shaker, and I’m too shy to repeat myself. I think about taking a picture of my plate, but it’s too dark and it doesn’t look like much of anything anyway.

I’m sitting alone, drinking a glass of white wine at an airport bar, conveniently located immediately facing the gate of my delayed flight. I have my sunglasses, wallet and passport on the table in front of me. The television is broadcasting updates on the Nigerian school girls, abducted from their towns. I put my passport into my jacket pocket and zip it closed.

As she leans over the kitchen counter at her home in East Van, my mom tells me that my abuelo used to drive every day from their home in El Paso to go work in Juarez, just on the other side of the US/Mexico border. Two days later, I board a flight, YVR to LAX that my dad must have done hundreds of times. Work, home. Trabajo, hogar. 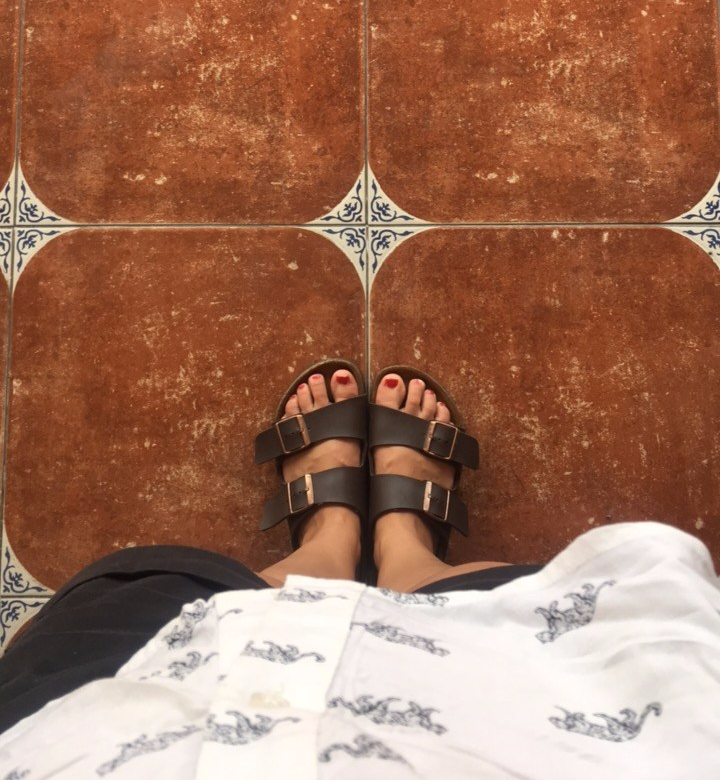 On our day off, we drive to the East LA apartment building where I grew up. I haven’t been here since I was 4 years old. Tentatively, we walk through the apartment compound and find the one that was ours – I don’t want to intrude on the current tenant’s privacy, so I take a picture of the outside of the building and we head out. Through a fence, I see a pool and memory shocks me like jumping into cool water. I only ever had one fuzzy memory of LA, and I’m suddenly looking right at it.

In LA I see fellow Chicanos evaluate me, choosing English over Spanish so I understand. Fair enough. I try not to take it personally.

On the first day of the festival, the facilitator asks us to imagine the stage as a map of the world, placing LA, Central America, Australia, China for reference. “Go to the place you call home,” she says. Hundreds of us go down to the stage, and it’s so densely packed that it’s impossible to tell where I’m standing.

After almost two years of frequent visiting, I finally have a dream about Toronto. I’m headed west along King Street, waiting to get off at Spadina so I can take the streetcar up towards Bloor. The dream is accurate and unremarkable.

Sometimes I can have a conversation in Spanish and it’s no problem. Sometimes, the words tangle up in my mouth and shame locks up every syllable. Often the person I’m trying to greet will switch languages. If they can’t, I apologize in any language I can muster, smile, and leave as quickly as I can. And sometimes with a good new friend the conversation flows freely, dancing easily back and forth across the invisible fronteras of language, meeting one another where we can make ourselves understood.

Whenever I arrive somewhere new, I have a routine. I open the window, if I can. Put lavender oil on the bedspread. Turn on the lamps and turn off the overhead lighting. Open my phone and start my white noise app. I will try to text someone at home, but the time zones almost never work out.

We’re in Puerto Morelos, a small beach town hidden between two major tourist centres on the Yucutan Peninsula. We’re sitting at a plastic picnic table outside and I’m chatting with the restaurant’s server and chef en Español, while my boyfriend holds my hand and looks over my shoulder at the stray dogs playing on the sidewalk. For the first time in months, I can breathe. My heart feels like a raincloud, heavy and full.

I text my friend.

The last day before leaving is always strange. Permeated with an urgent finality, the place appears to me vivid, iconic, crystalizing into instant memory. The past leaps up to meet my foot with every step, bending time zones and timelines to create a dizzying déjà vu of alternate lives. “You were always here,” some part of me says. “Where do think you’re going now?” I look at my watch, check in for my flight exactly 24 hours before. Get on my hands and knees and feel under the hotel bed to make sure nothing is left behind. On his million trips there and back, my dad would often bring me a present. I try not to accumulate too much stuff, though. I have to carry my home with me. 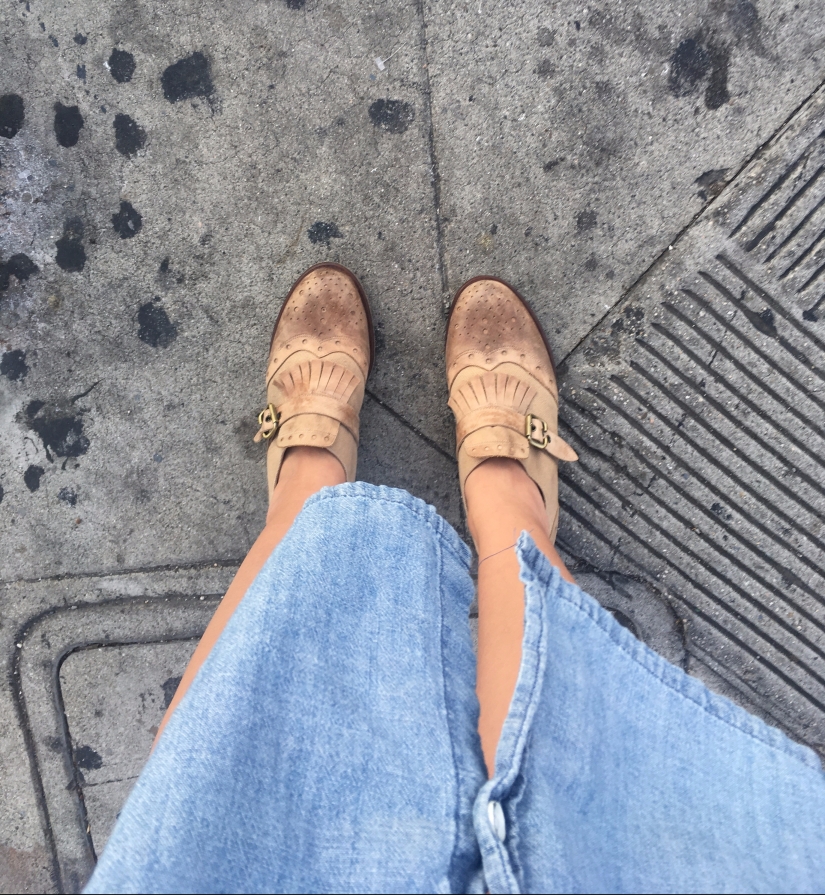